The history of whiskey is essentially the history of distillation, which dates back to 2000 BC Mesopotamia, and which came to Europe, via Italy, in the subsequent millennium.

Historically, wine was used as a base to distill a form of aquavit, but by the time the craft reached northern Europe—a geography not known for its vineyards— new and creative ways were found to get booze from what was readily available.

So, when Scottish and Irish monks used grain mash to distill usqeubaugh —literally, “the water of life”—modern whisky was born. 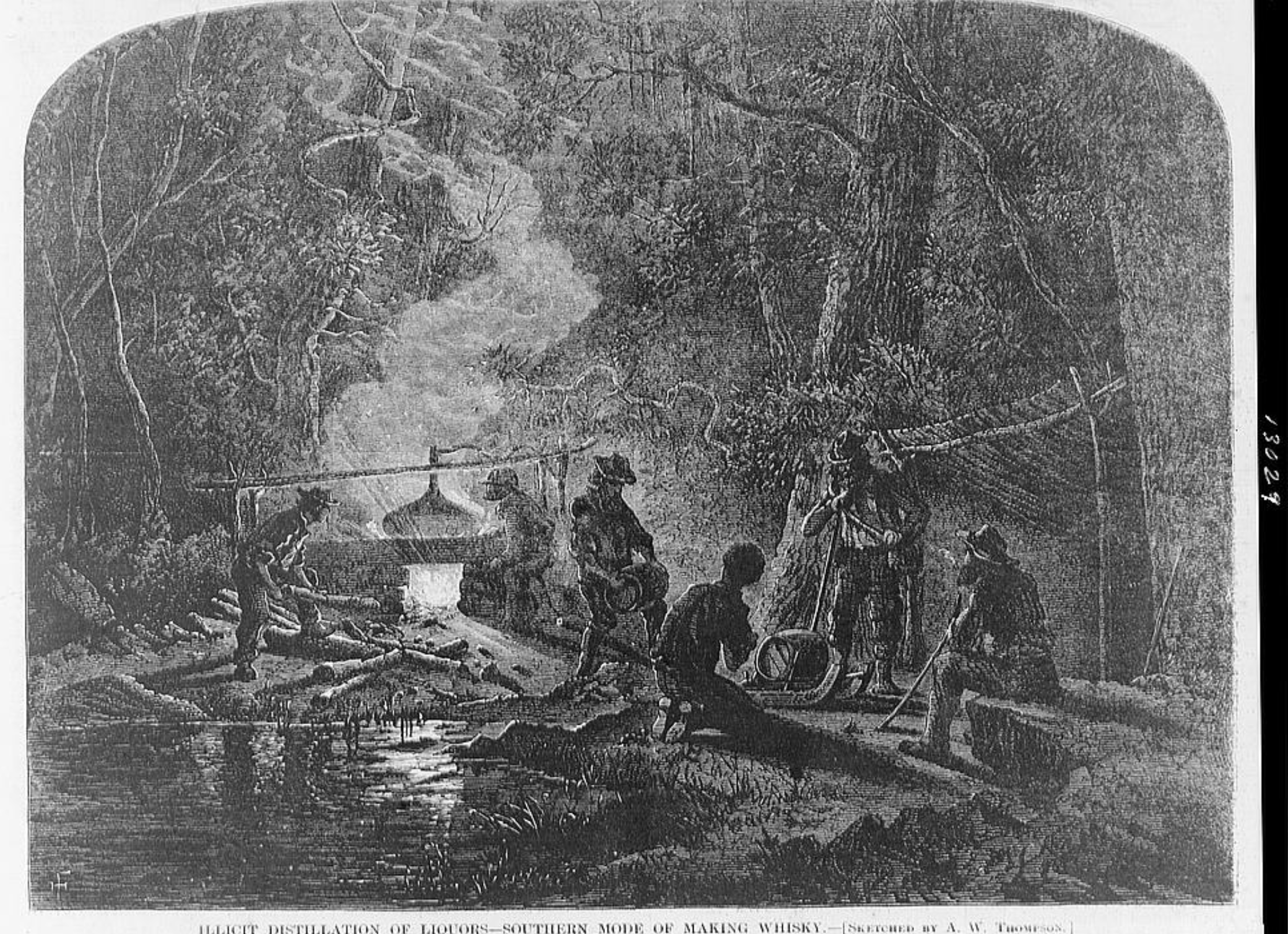 The rest of whisk(e)y history spans centuries and continents, but long story short, whisk(e)y production quickly spread around the world, including to North America.

Continuing the tradition of making do with what there was, in the absence of easily available barley North American whiskey used first rye and then corn. This resulted in the birth of Rye Whiskey and Bourbon Whiskey. 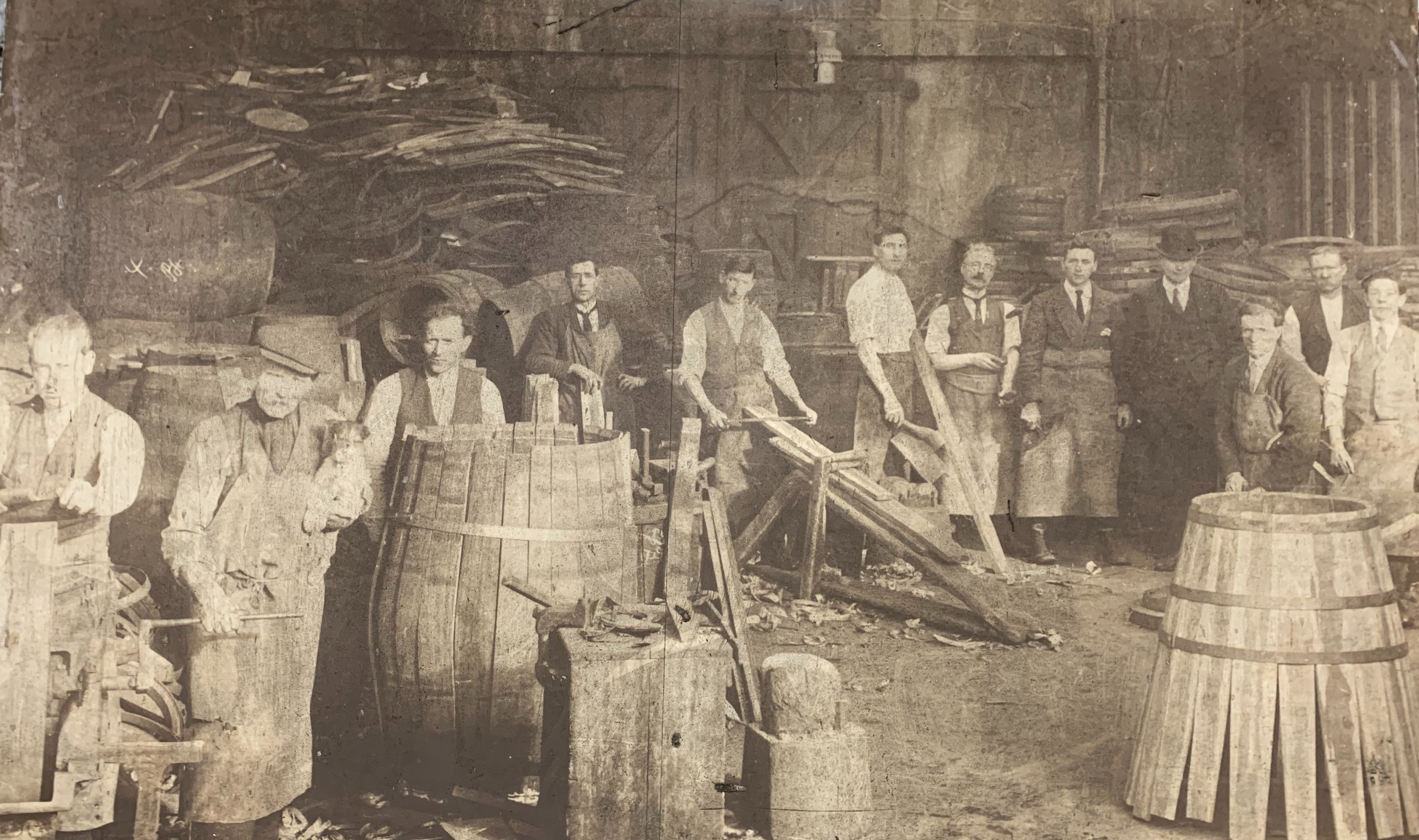 Don’t let anyone tell you otherwise: both spellings are correct.

The difference in spelling traditionally refers to the provenance:

Whisky (plural: whiskies) comes from Scotland, Canada, Japan. Other international whiskies (e.g. from France) may also use this spelling.

Whiskey (plural: whiskeys) comes from Ireland and the United States (one notable exception is Maker’s Mark Whisky, in a hat tip to the family’s Scottish heritage). 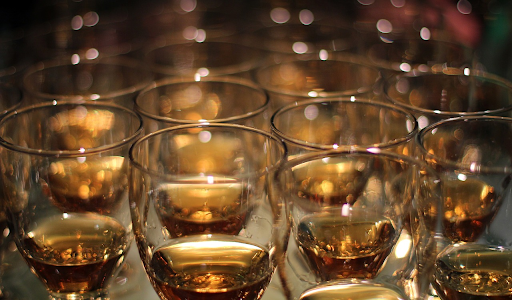 Scotch whisky, by definition, is from Scotland, made primarily with malted barley and matured in oak casks for at least three years (though there are many other rules governing what can legally be called Scotch).

Single Malt Scotch follows all the same rules, but must also come from a single distillery. 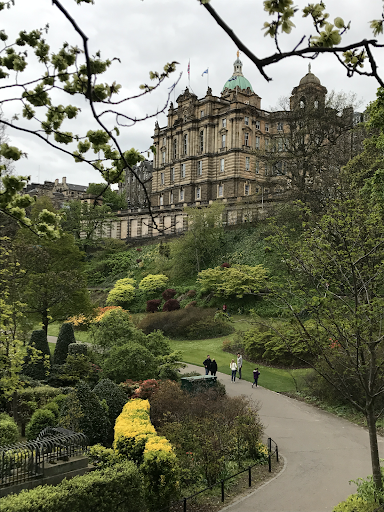 In spite of what their centuries-long sibling rivalry would have you believe, Irish Whiskey and Scotch Whisky are similar in their primary grain and maturation time.

While Scotland is famous for Single Malts, Ireland is famous for Pot Still Whiskey, made from a combination of both malted and unmalted barley, and distilled in a pot still. While originally a clever way to save money (as only malted grain was taxed), the unique mash bill and copper still distillation yield a distinctive mouthfeel and flavor. 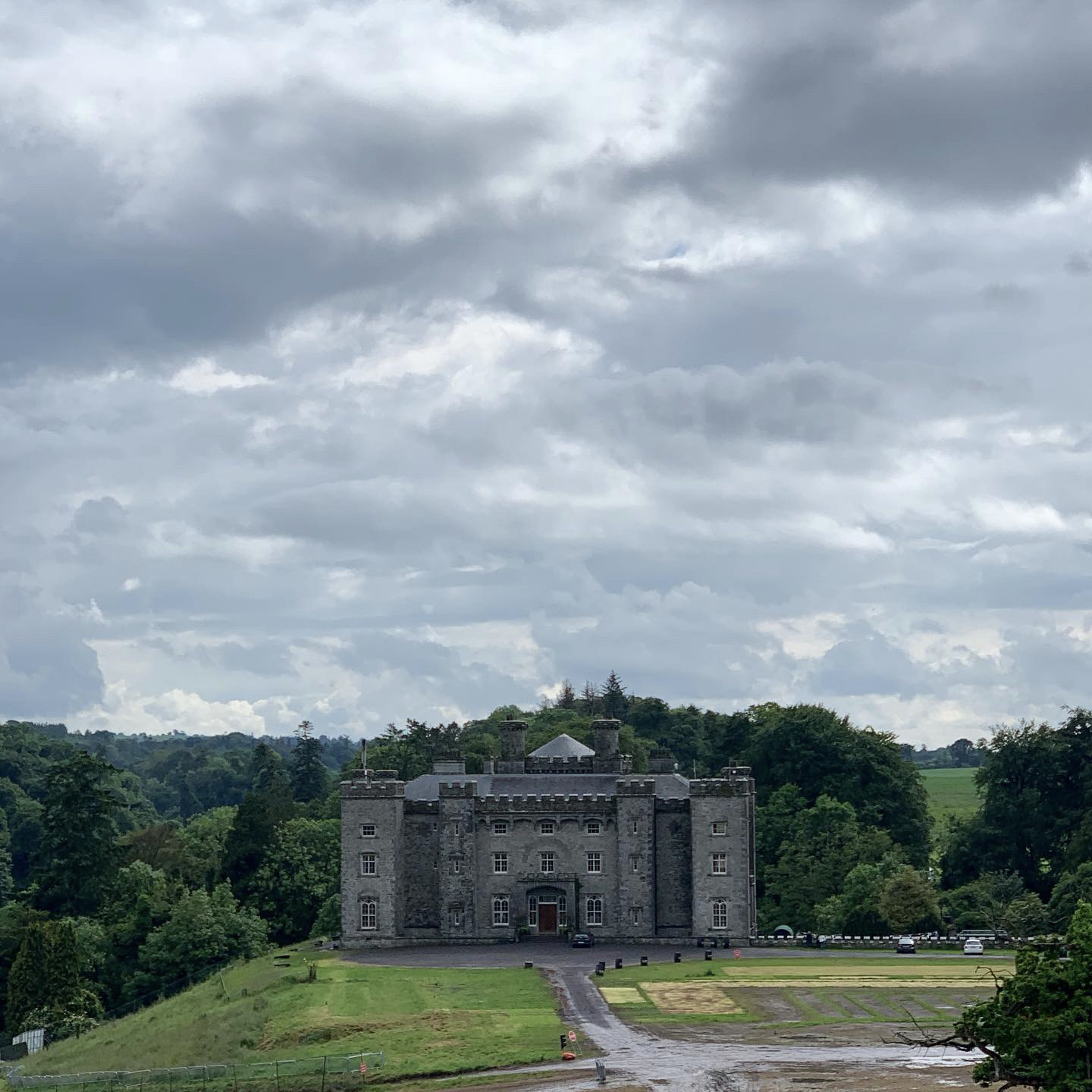 North American Whisk(e)y includes both Bourbon Whiskey and American Rye Whiskey, as well as Canadian Rye Whisky, among others.

Bourbon must be made in the US, from at least 51% corn, and aged in a brand new, charred oak barrel. Straight Bourbon must be aged a minimum of two years.

While American Rye Whiskey follows most of same rules as Bourbon (though 51% rye), Canadian Rye Whisky is a less strict, often blended, category that, in spite of being labeled Rye, doesn’t always contain rye in the mash. 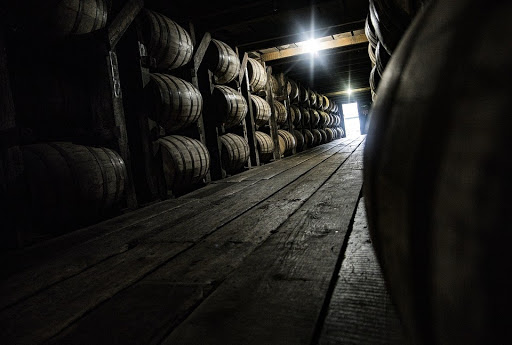 In the past decades, international whisk(e)y production has flourished beyond the traditional regions of Europe and North America. Japanese Whisky has become an extremely sought after category, often outselling and outpricing more exclusive Single Malt Scotch!

French Whisky, Taiwanese Whisky, and Indian Whisky have all been awarded prizes in recent years, and every year new distilleries are cropping up in Asia, Africa, and South America, giving the traditional whisk(e)y game a run for its money! 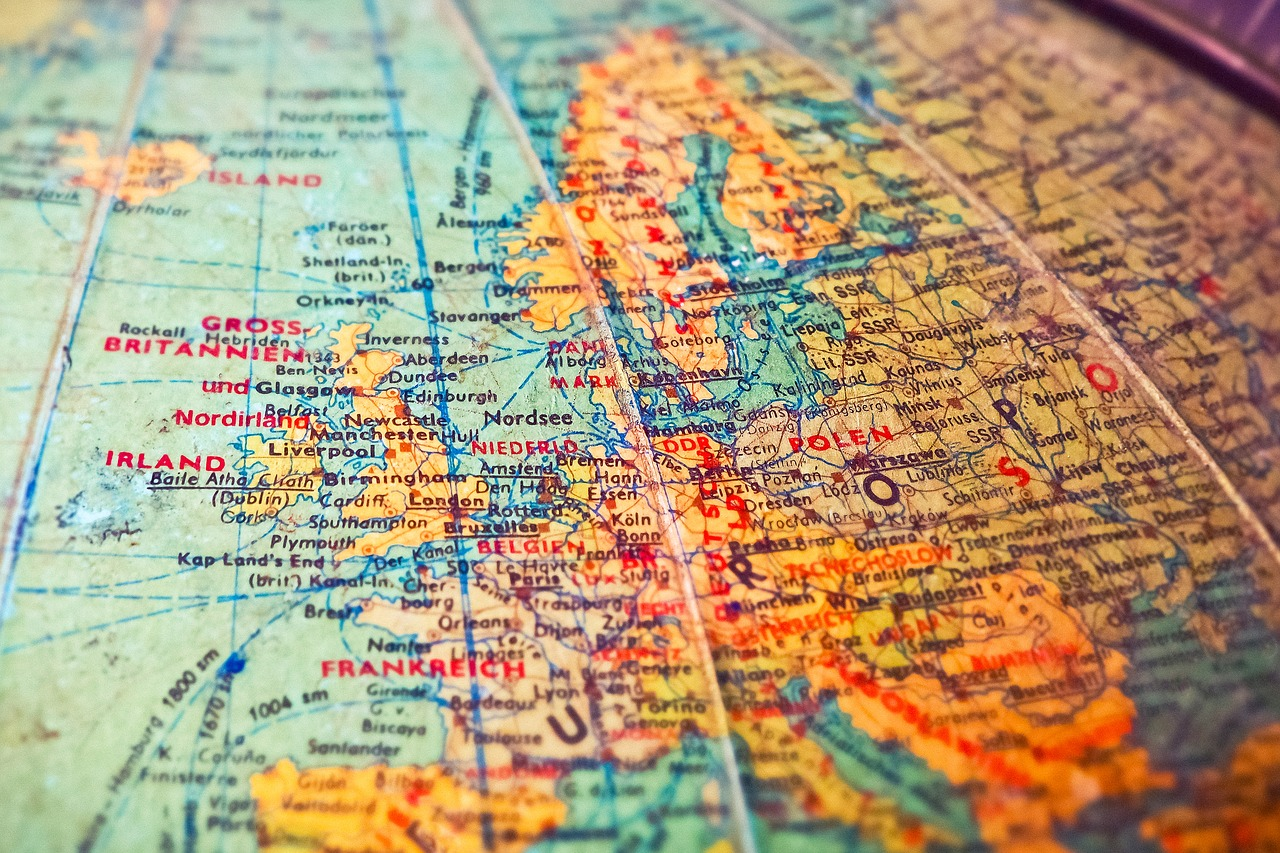 While any fermented grain mash (malted or unmalted) can be used to make whisk(e)y, historically, barley, corn, rye, and wheat have been the most common grains. However, distillers are starting to get creative, using non-traditional grains such as oat, millet, and even sorghum!

(For the record: all distilled whiskey is gluten free, no matter the grain used, as gluten proteins are eliminated distillation process) 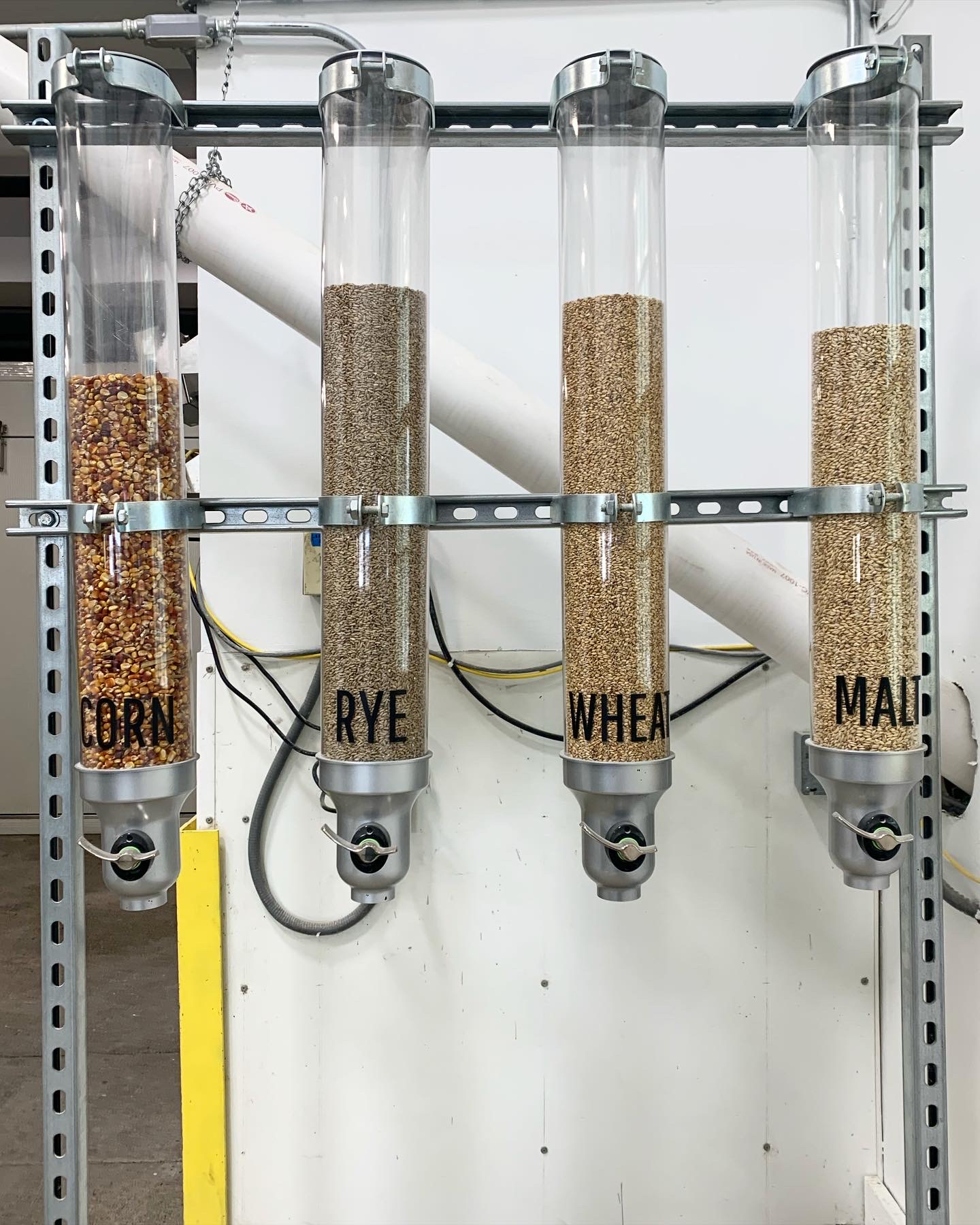 Malting is the process by which the dry grain is tricked into sprouting—in order to turn the starch into sugars that will eventually become alcohol—by dampening and warming the seeds. Then, to interrupt the germination process before the seedling consumes all the sugar, the grains are blasted with hot, dry air.

The smokey—or peaty—characteristic of certain Islay Scotch is due to the use of peat moss fires to produce the heat for the malting process, the scent of which survives distillation. 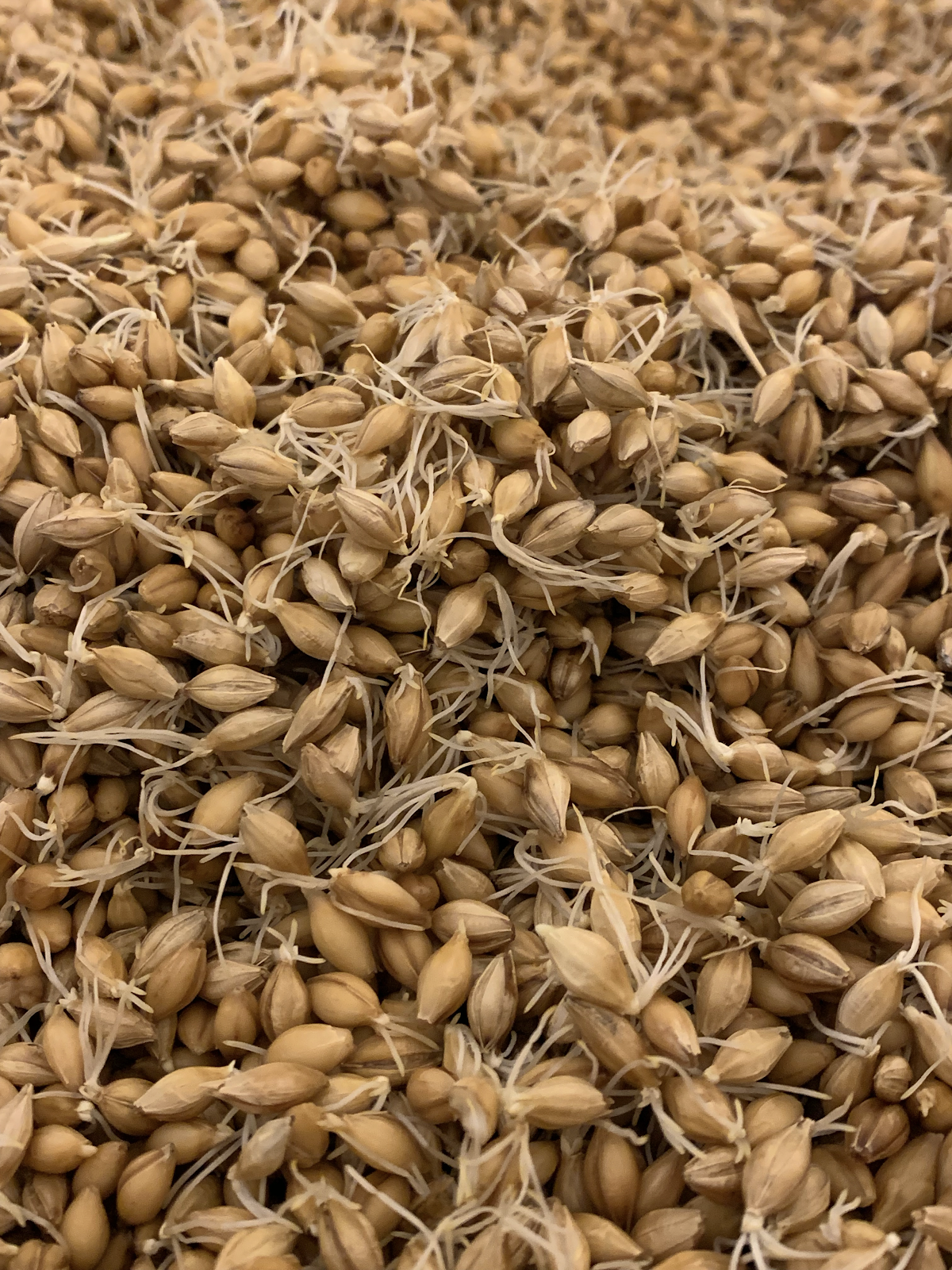 Now that the grains have been malted, the sugars need to be released. Mashing is essentially like making a giant pot of sweet grain tea, soaking the ground malted grains in warm water to extract the sugars into liquid.

Then the sugary liquid—called the mash—is separated from the spent solids. 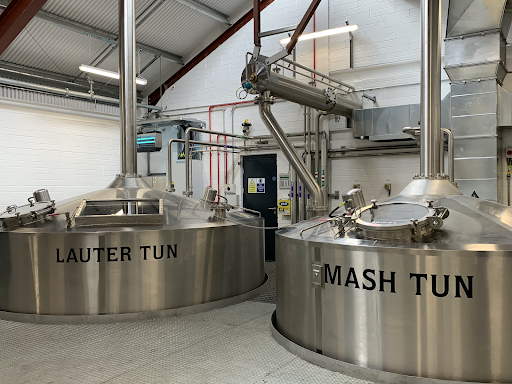 Until the fermentation stage, whisk(e)y making is quite similar to making beer: the mash is transferred to large fermentation tanks—known as washbacks—where yeast is introduced. The yeast feasts on the freshly released sugars from the grain, producing alcohol as a byproduct.

After anywhere from 2-5 days of fermentation, the result is a fragrant, bubbly wash—also called “distiller’s beer.” This is the juice that will soon become whisk(e)y! 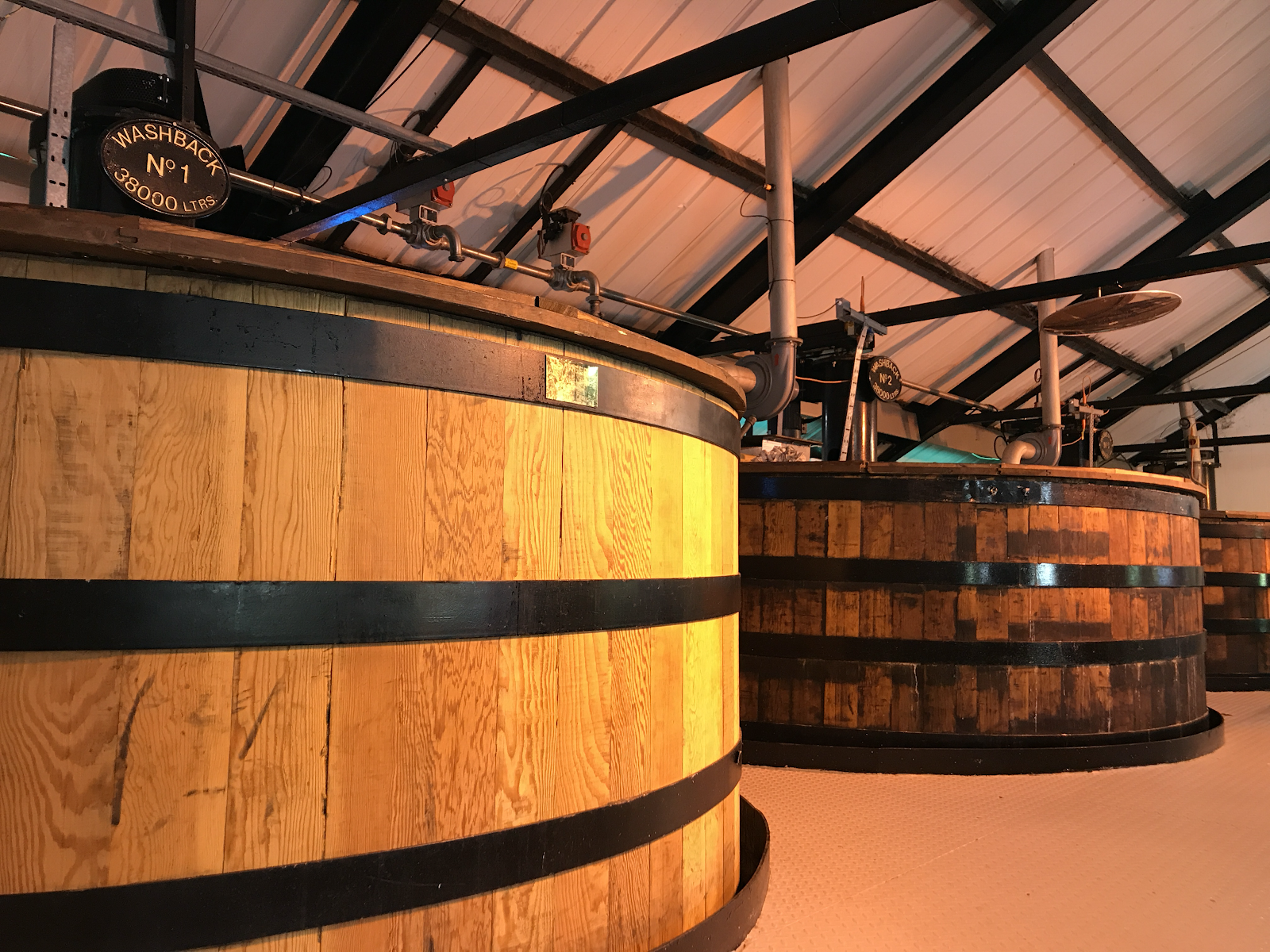 Distillation is the process whereby a fermented liquid containing approximately 7-10% ABV (alcohol by volume) is heated to separate the alcohol from the water and other ingredients.

Alcohol evaporates at 172°F, while water evaporates at 212°F, so heating the wash to between 172°F-212°F allows for the alcohol to rise as vapor to be collected, while the water stays below in the tank. 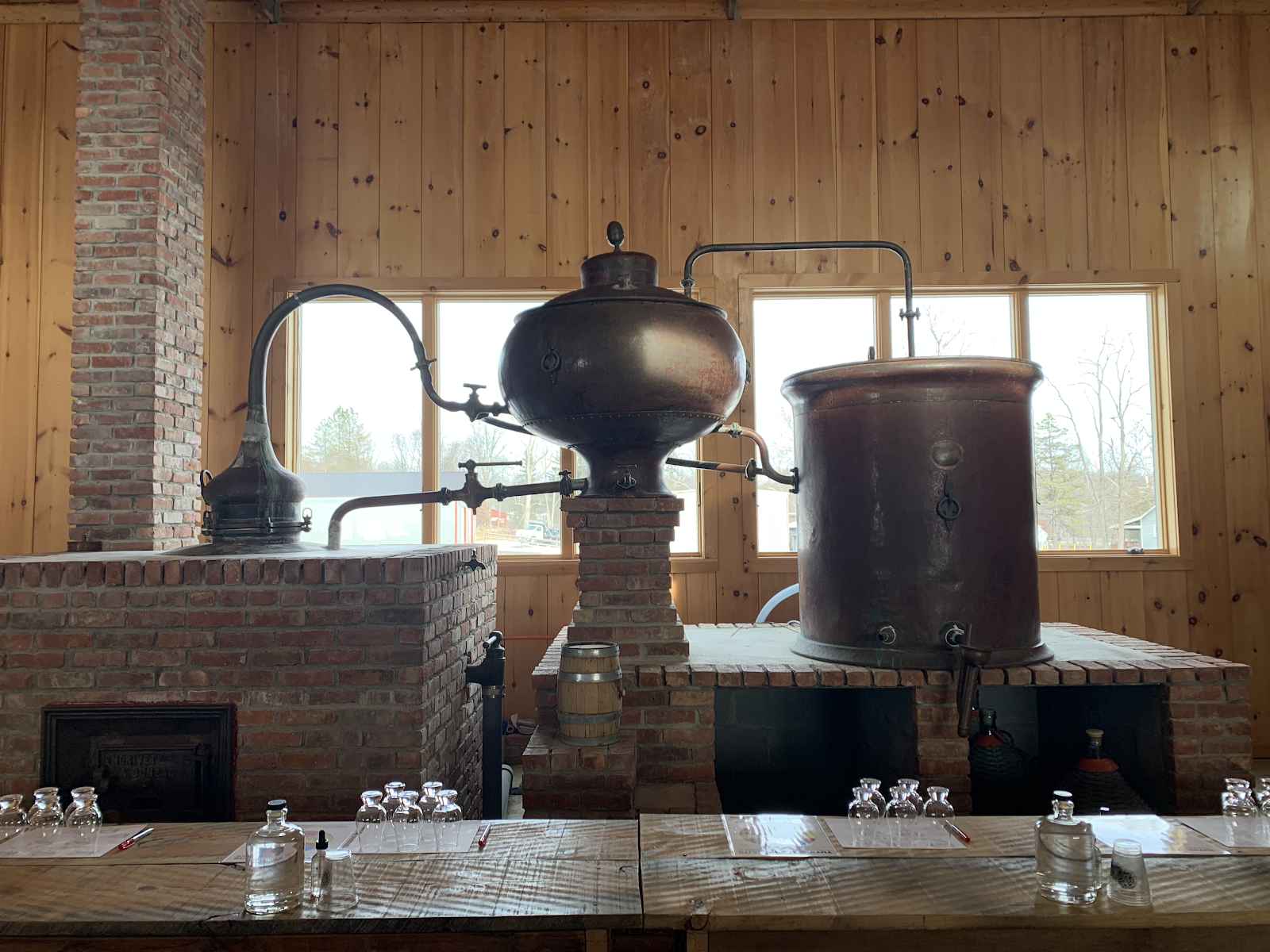 The copper is a critical part of the design as it binds to sulfur and removes it from the distillate, improving the flavor. 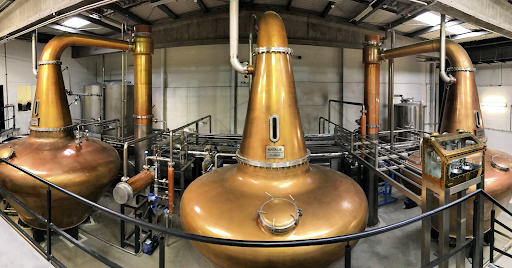 Column stills, also known as Coffey stills—named after the Irishman who invented the design in 1830—are used in continuous (non-batch) whiskey production, and are more common in the US. Column stills are often made of stainless steel, though contain copper elements inside. 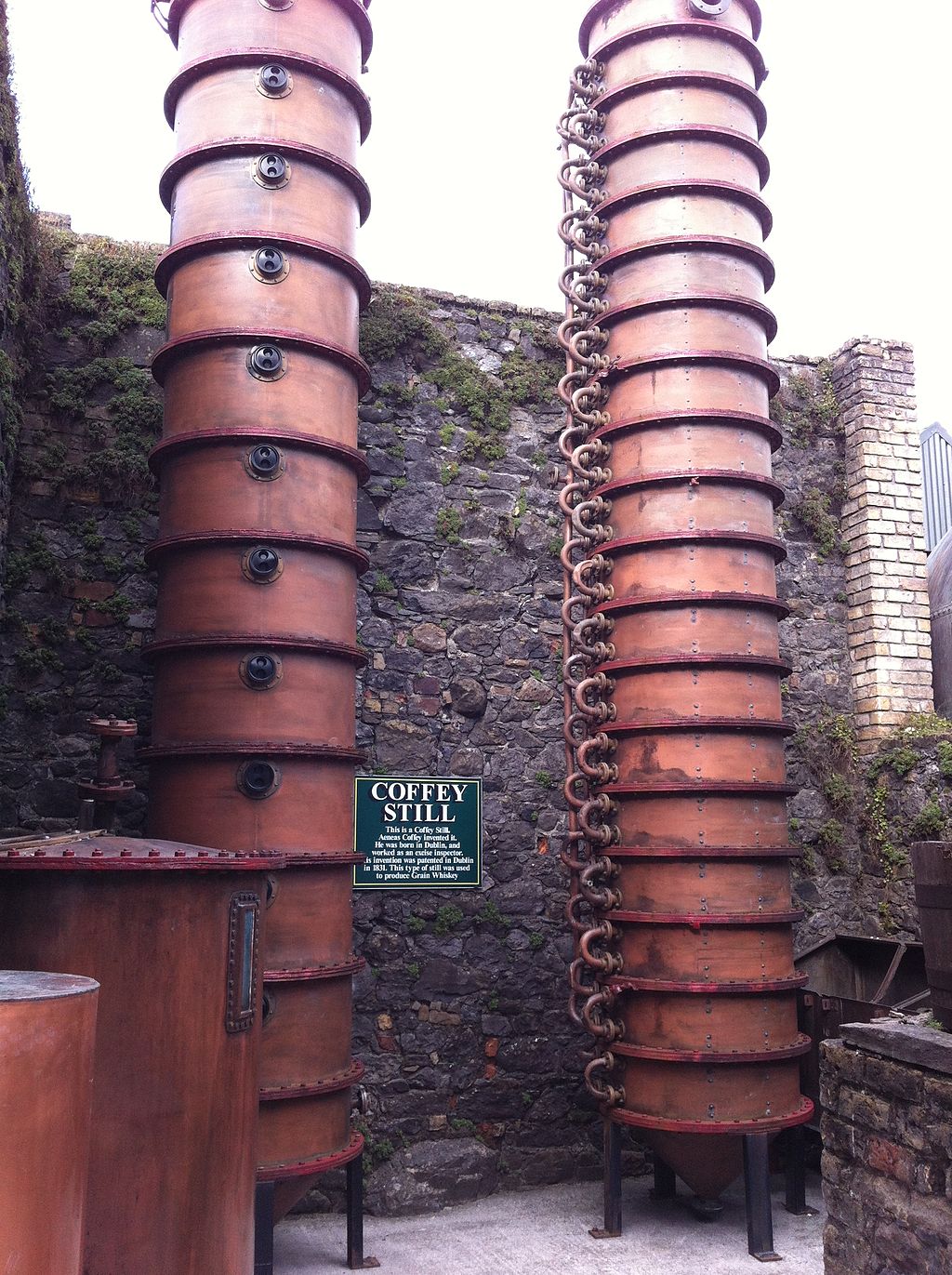 Once the wash has been double or triple distilled, the resulting distillate is called new make, also known as white whiskey or Moonshine. In most cases, a minimum number of years of maturation on wood (usually oak) is required by law.

The US requires new oak barrels for Bourbon, but other countries have no such law, so spent Bourbon barrels are often used to age all other kinds of whisk(e)y. Another popular barrel choice is Sherry Butts from Jerez in Spain. Both ex-Bourbon and ex-Sherry casks impart unique flavors as the whisk(e)y rests. 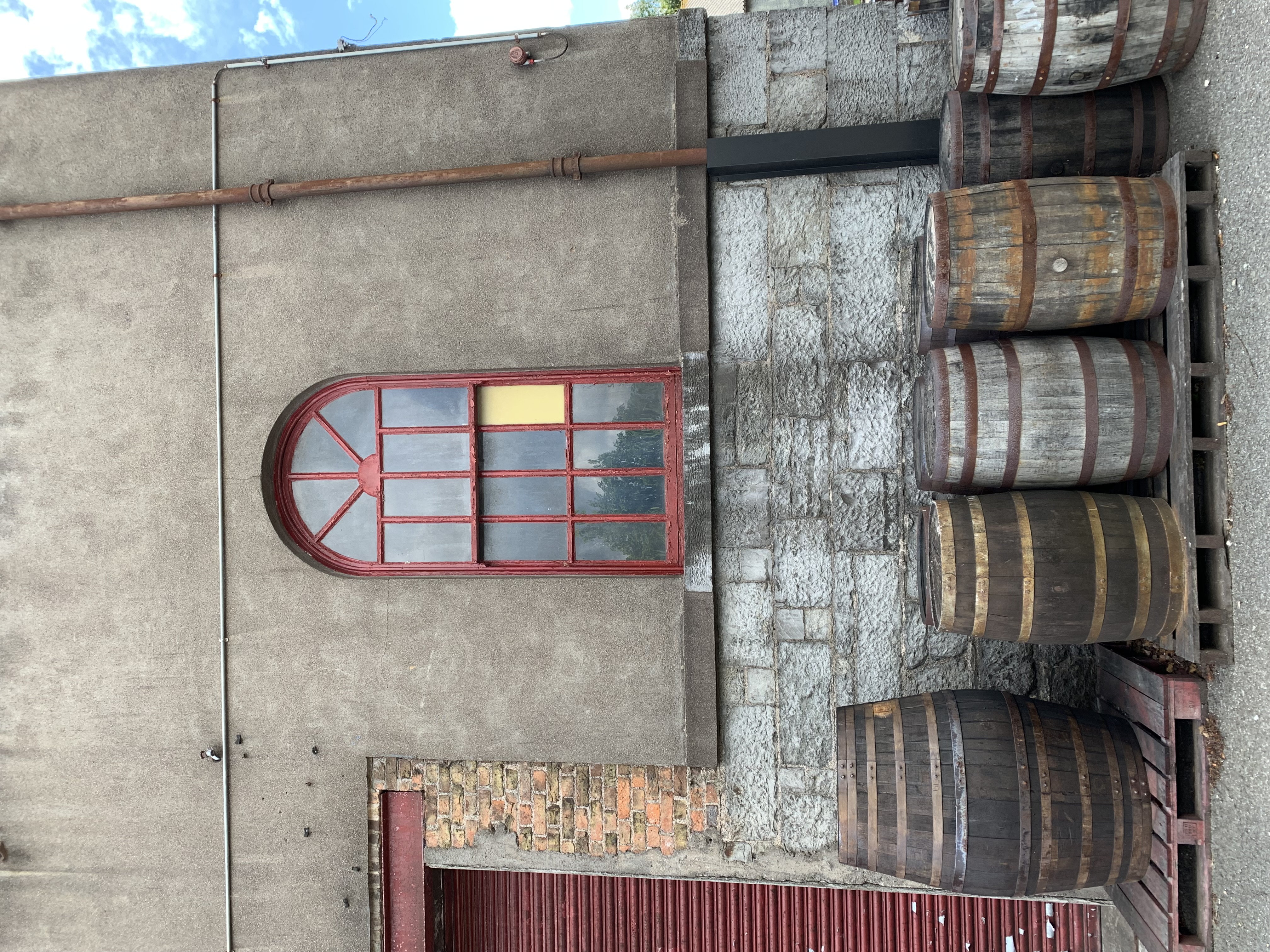 While the type of barrel is a key ingredient in the flavor of whisk(e)y, another critical ingredient is time. The number of months or years a whisk(e)y rests on wood will dramatically change its color, aroma, and taste. Though many (including me!) would argue that older isn’t necessarily better!

For a number of reasons, American Whiskey is usually aged 2-6 years, whereas Scotch is often aged as long as 20+ years! 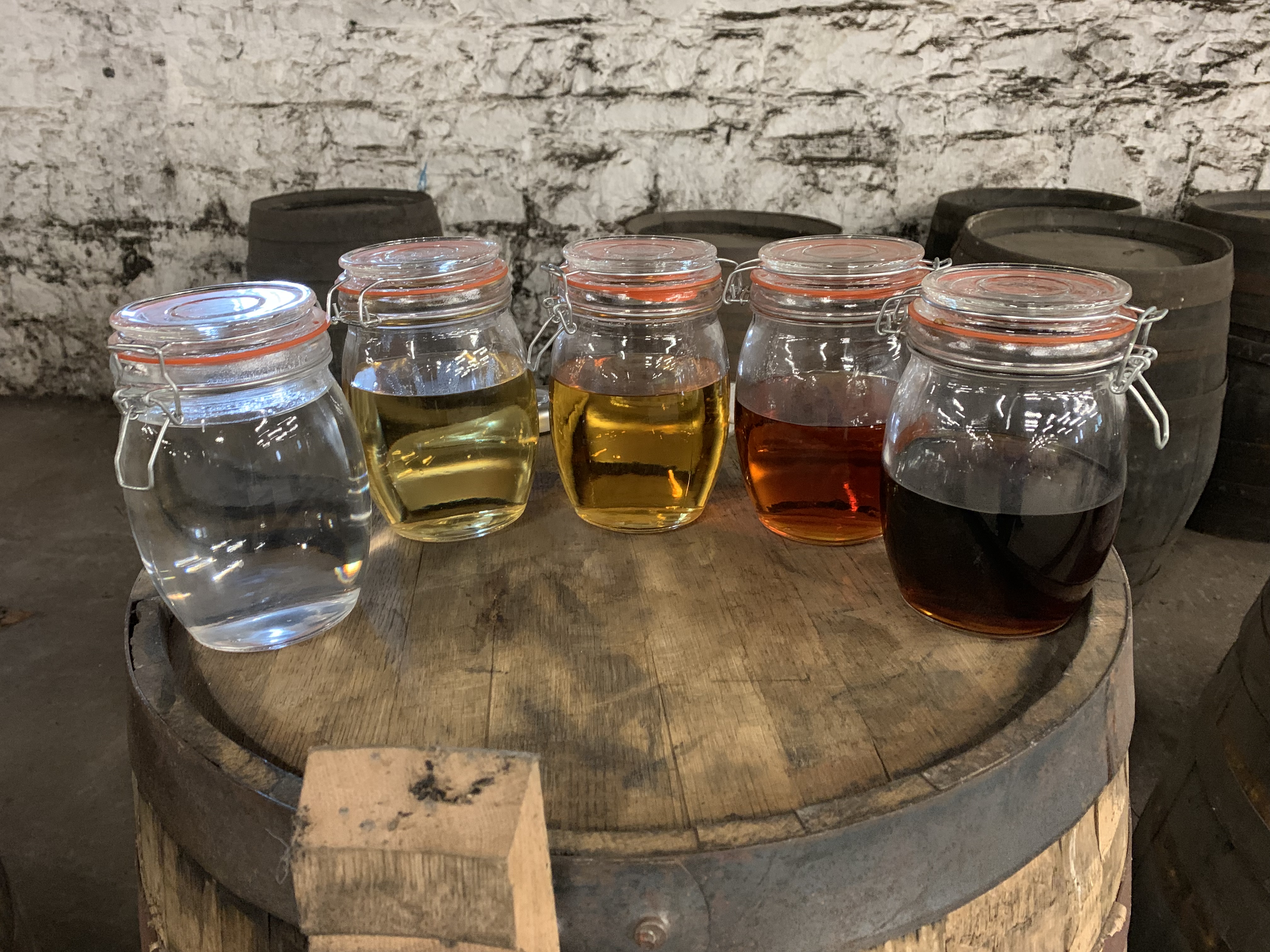 While distillation is more of an exact science, blending is the art of combining different kinds of whisk(e)y to yield different flavors. Blending can happen before or after cask maturation, or both.

Blenders play with the variables of grain, wood, and time to produce either the unique profiles of special releases or the reliable consistency of well-known brands. 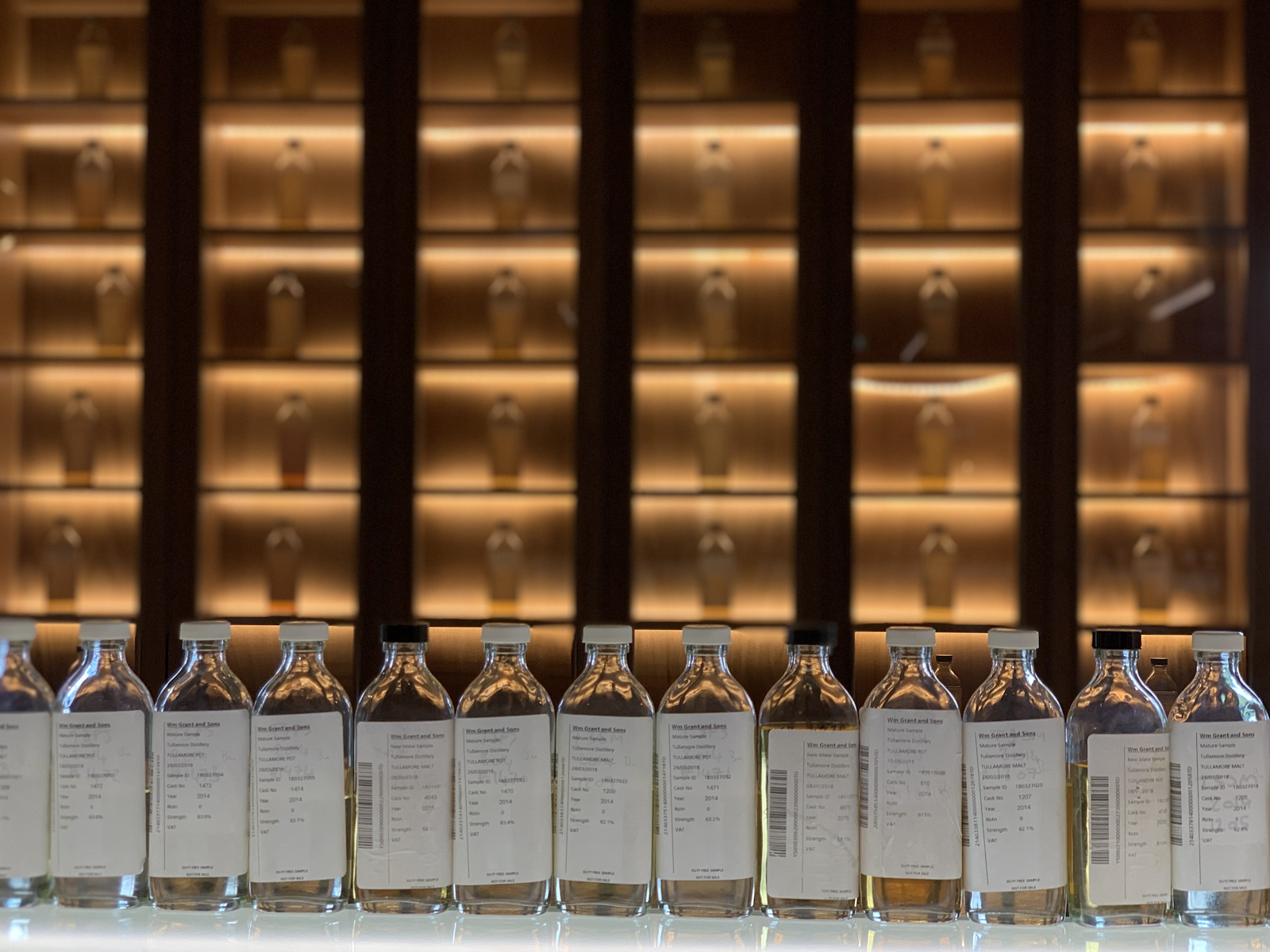 Bottling is the final step that allows the whisk(e)y to make its way safely from the distillery to the retailer to the consumer! 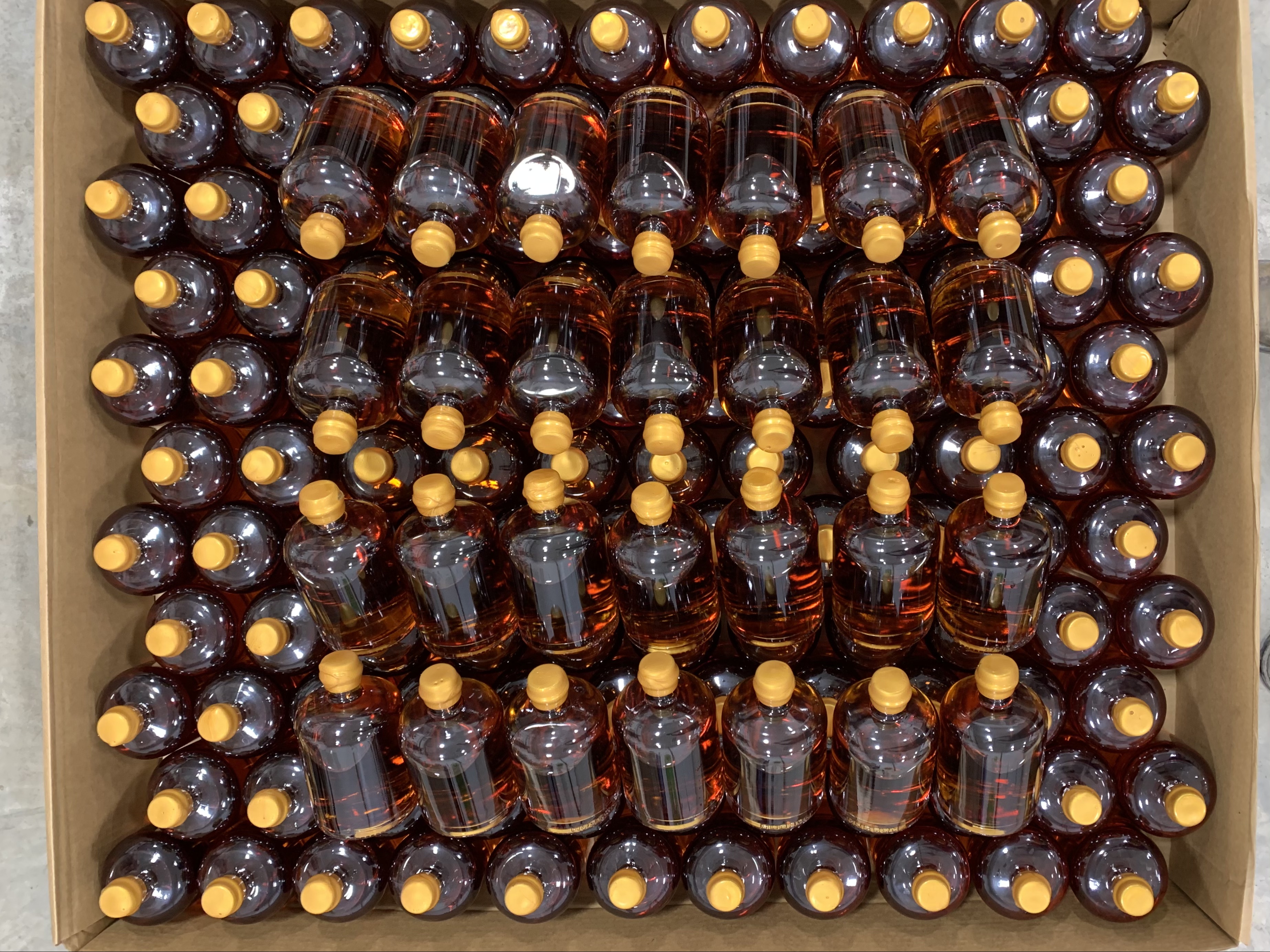 And finally, the most important part: drinking! All the hard work put in until now is for nothing if this golden nectar is not enjoyed—preferably in good company—by those who appreciate it. Cheers! 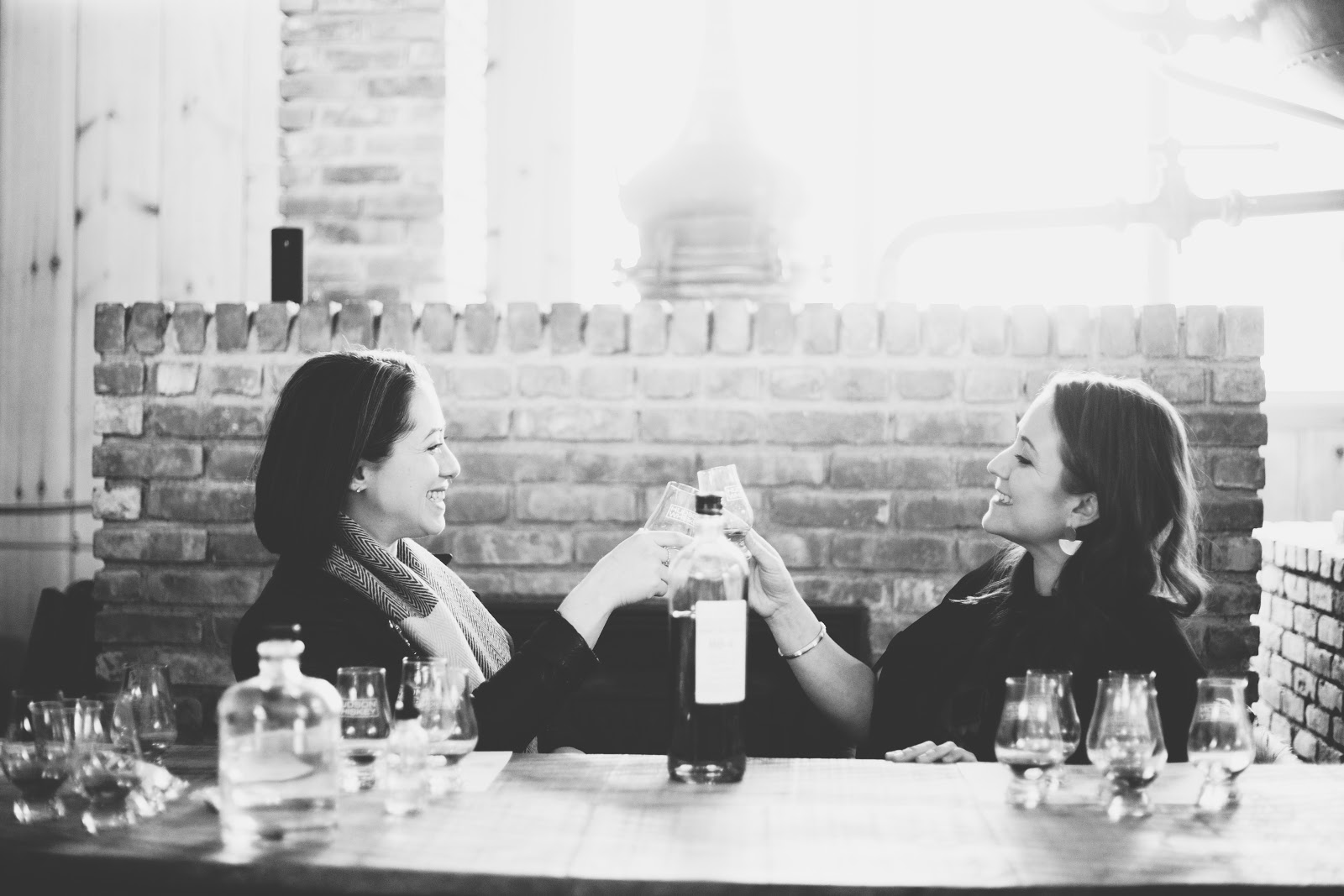